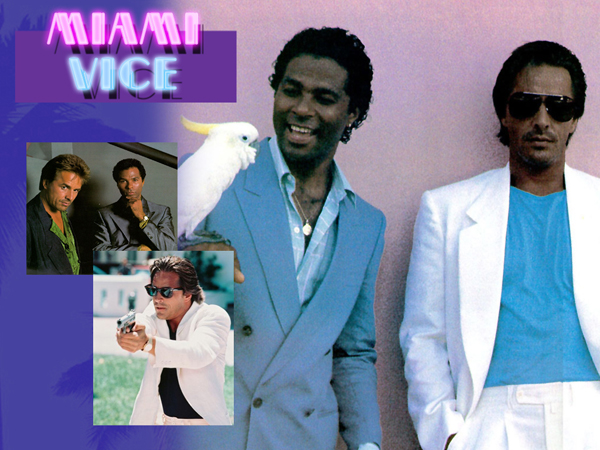 Miami Vice is an American television crime drama series created by Anthony Yerkovich and produced by Michael Mann for NBC. The series starred Don Johnson as James “Sonny” Crockett and Philip Michael Thomas as Ricardo “Rico” Tubbs, two Metro-Dade Police Department detectives working undercover in Miami. The series ran for five seasons on NBC from 1984 to 1989. The USA Network began airing reruns in 1988, and broadcast an originally unaired episode during its syndication run of the series on January 25, 1990.

Unlike standard police procedurals, the show drew heavily upon 1980s New Wave culture and music. The show became noted for its integration of music and visual effects. It is recognized as one of the most influential television series of all time. People magazine stated that Miami Vice was the “first show to look really new and different since color TV was invented”.

← A Walk In The Clouds RECOUNT →