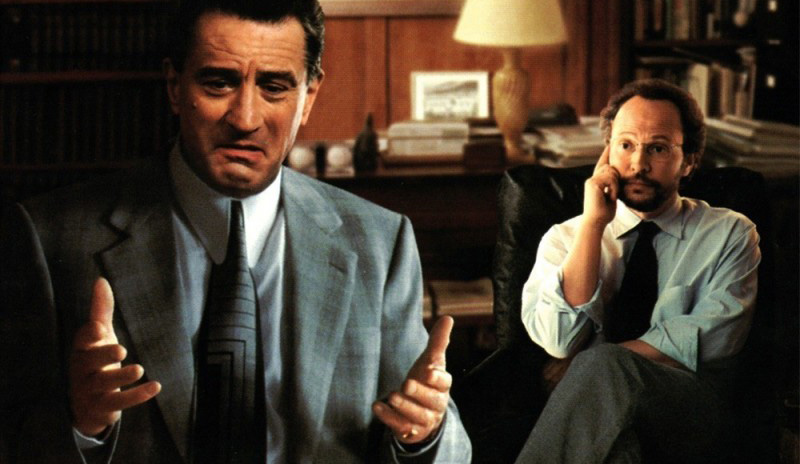 Analyze This is a 1999 gangster comedy film directed by Harold Ramis, who co-wrote the screenplay with playwright Kenneth Lonergan and Peter Tolan. The film stars Robert De Niro as a mafioso and Billy Crystal as his psychiatrist. A sequel, Analyze That, was released in 2002.

Mob boss Paul Vitti narrates a brief history of the Mafia: in the wake of Albert Anastasia’s death, the dispute over who among Vito Genovese, Carlo Gambino and Joe Bananas will ascend to mob supremacy results in the Apalachin Meeting in upstate New York. The meeting is raided by the FBI, and the Mafia does not call a summit again until the present day.

← All About the Benjamins I Love You Phillip Morris →