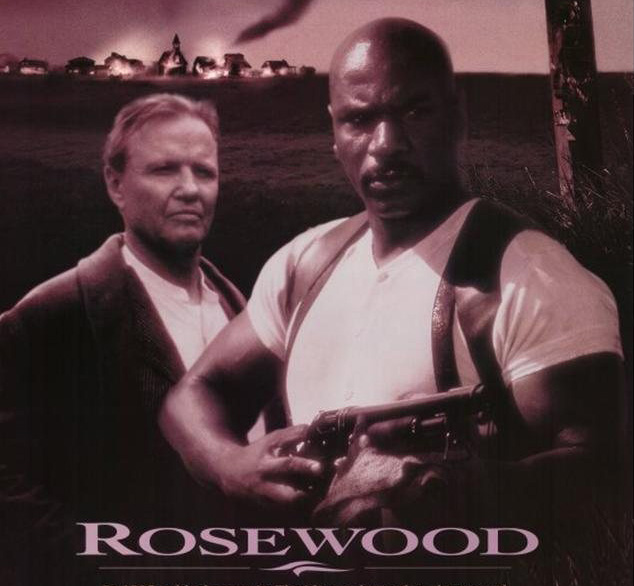 Rosewood is a 1997 film directed by John Singleton. While based on historic events of the 1923 Rosewood massacre in Florida, when a white mob killed blacks and destroyed their town, the film introduces fictional characters and changes from historic accounts.

In a major change, it stars Ving Rhames as an outsider who comes into Rosewood and inspires residents to self-defense, wielding his pistols in a fight. The supporting cast includes Don Cheadle as Sylvester Carrier, a resident who was a witness, defender of his family and victim of the riot; and Jon Voight as a sympathetic white store owner who lives in a village near Rosewood. The three characters become entangled in an attempt to save people from racist whites attacking the blacks of Rosewood.