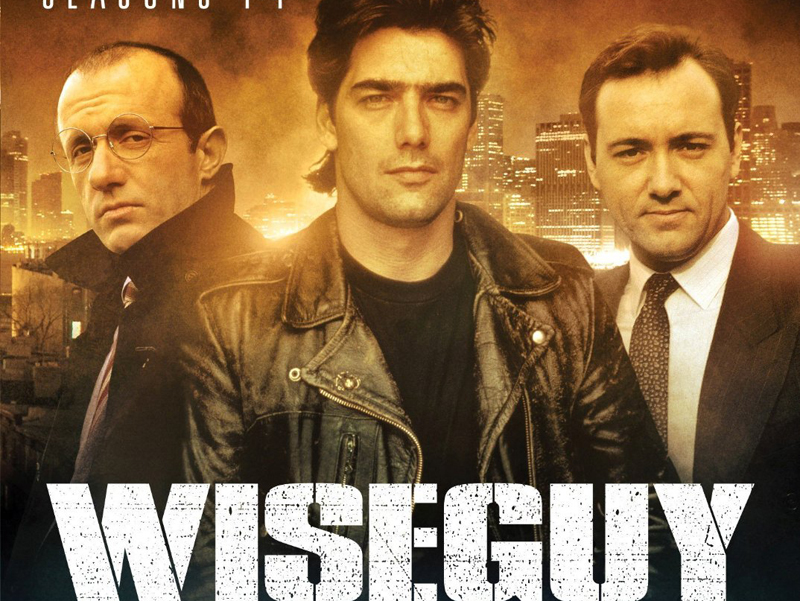 Wiseguy is an American crime drama series that aired on CBS from September 16, 1987 to December 8, 1990, for a total of 75 episodes. The series was produced by Stephen J. Cannell.

Wiseguy featured Ken Wahl as Vinnie Terranova, a deep cover operative for the fictional Organized Crime Task Force division of the FBI. Jonathan Banks played his superior Frank McPike and Jim Byrnes played Daniel “Lifeguard” Burroughs, who assisted Vinnie while in the field. Wahl left the series after three seasons and Steven Bauer joined the series alongside Banks and Byrnes, who were the only cast members to appear in every season.

As opposed to a typical crime drama series, Wiseguy was structured more like a typical soap opera would be; for example, a cycle of episodes would focus on a particular story and the story would conclude in the final episode of the cycle, which gave rise to the term story arc. Since each cycle dealt with a particular story, the episodes had a set of characters written just for those episodes. Actors such as Kevin Spacey, Ray Sharkey, and Tim Curry were among the actors who played central characters in story arcs over the course of the series.

← In Her Shoes Volkswagon →