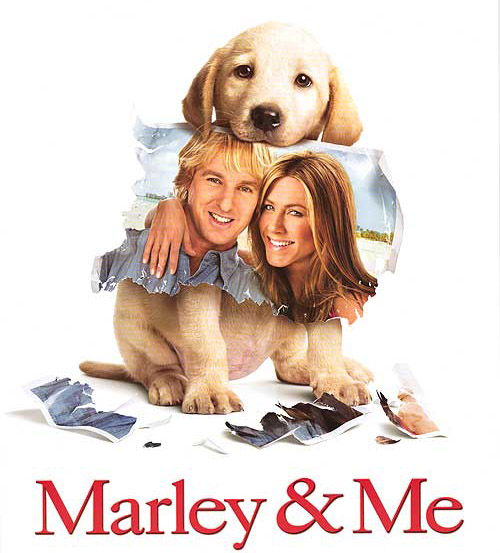 Marley & Me is a 2008 American coming-of-age comedy-drama film about the titular dog, Marley. It was directed by David Frankel and the screenplay by Scott Frank and Don Roos is based on the memoir of the same name by John Grogan. The film stars Owen Wilson and Jennifer Aniston as Marley’s owners.

Marley & Me was released in the United States and Canada on December 25, 2008, and set a record for the largest Christmas Day box office ever with $14.75 million in ticket sales.